It pays to be on the front foot with Revenue 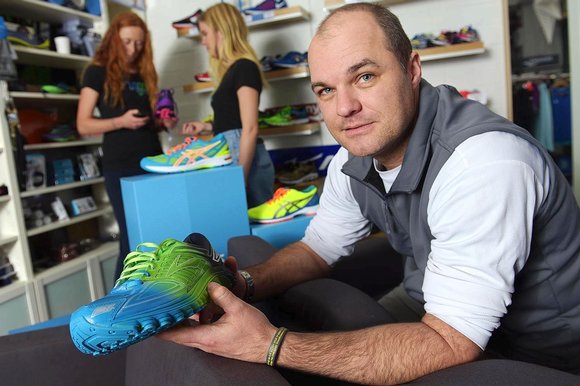 SELF-ASSESSED taxpayers have four days left to file their tax returns or risk being hit with severe penalties by Revenue.

Filing online is the only option because the deadline for paper returns — October 31 — has passed. It buys you two extra weeks, with November 12 being the final “pay and file” deadline.

In addition to the self- employed, PAYE workers with earnings from a sideline such as a rental property are obliged to make a return.

This includes Airbnb hosts, who assumed mistakenly that income from the accommodation website was tax free. This could be liable for up to 52% tax if they are top-rate taxpayers.

Most Airbnb hosts assumed the income was exempt from tax under the rent-a-room scheme, which allows home owners to earn up to €12,000 a year tax free by renting a spare room to a long-term lodger. Short stays and temporary lets do not qualify.

Burying your head in the sand is not an option because Revenue has obtained hosts’ details from Airbnb.

Barry Flanagan of Taxback.com said: “Revenue’s treatment of Airbnb hosts has led to a new wave of self-assessed taxpayers, with thousands unexpectedly having to grapple with the process of filing a tax return.”

We tell you what to watch out for when filing online.

WHO NEEDS TO MAKE A RETURN?
Anyone in receipt of non-PAYE income.

“Every year new people join the self-assessed taxpayer category — not always for the obvious reasons of being newly self-employed,” said Flanagan. “Anyone who has received rental income, dividends from shares, or has opened a foreign bank account during the previous year has to file a tax return.”

Where the sideline income is less than €3,174, PAYE workers can pay the tax by having their tax credits reduced. This spreads the tax bill throughout the year but they still have to make a return to Revenue.

If the income is greater than €3,174, or exceeds your tax credits, you must pay the tax when you file your tax return.

“Huge increases in rents across the country, coupled with the Airbnb controversy, mean Revenue will be keeping an extra-vigilant eye on their tax returns.”

Other PAYE taxpayers who need to file a return include those with gross non-PAYE income of more than €50,000, even if this income is offset by losses. Company directors with a shareholding of more than 15% and those exercising share options must also file a tax return.

HOW DO I FILE?
You need to register with the Revenue Online Service (Ros), which involves obtaining a Ros access number and installing a digital certificate on your computer.

Norah Collender, tax technical manager at Chartered Accountants Ireland, said: “There is a bit of groundwork that needs to be done — you can’t simply rock up, fill out the tax return and make the payment on November 12. It takes around two weeks to get the digital certificate.”

However, if you haven’t applied for a certificate yet it’s still better to make a start now, even if you’ll miss the deadline, rather than leaving the Revenue to chase it up.

Self-employed taxpayers fill out their return using form 11 while PAYE taxpayers use form 12.

You are required to pay any outstanding tax on income earned in 2014 and preliminary tax for 2015 by this week’s deadline.

Preliminary tax involves an element of guesswork because 2015 isn’t over. Revenue allows two options for estimating what you owe: you can pay 100% of what you paid for 2014 or 90% of your estimate of your liability for 2015.

Experts say you should opt for the former. “It can be risky going with estimates so most people opt for 100% of their 2014 liability,” said Collender. “This is an established figure so, no matter what happens for the remainder of this year, you’re covered.”

You must authorise Revenue to take the funds from your bank account or pay by credit or debit card.

HOW CAN I REDUCE MY TAX BILL?
Pension top-ups, deducting employment expenses and claiming all your tax credits will reduce your tax bill.

Higher-rate taxpayers qualify for a 41% tax break on pension top-ups made from 2014 earnings subject to certain limits. Apart from reducing their 2014 tax bills, this reduces their preliminary tax for 2015 — provided they have chosen to base it on 100% of the previous year’s liability.

PAYE workers can use this tactic by making additional voluntary contributions (AVCs) to their pension funds. Their normal pension contributions are deducted through the payroll so that tax relief is granted automatically at source. With AVCs, however, they may need to make a separate claim for tax relief.

Eoin McGee of Prosperous Financial Planning in Co Kildare said: “PAYE workers who write a cheque now should get the tax refund before Christmas. If you write an AVC cheque for €10,000, you should get €4,100 back.”

Make sure you make the contribution in time and keep a record of it.

Collender said: “You must make the pension contribution on or before November 12. If Revenue decides to check your return, one of the main things it will look for is that you have made your pension top-up and you have made it by the payment date.”

Landlords can claim tax deductions for a host of expenses including maintenance costs, insurance, management fees and 75% of their mortgage interest. Deductions are
not allowed for local property tax.

Self-employed taxpayers can claim deductions for allowable work-related expenses, while all taxpayers should claim for items such as medical expenses.

Aidan Clifford, advisory services manager with ACCA Ireland, said: “You can claim for health expenses, including payments for your parents or relatives, as well as health expenses incurred overseas.”

WHAT ARE THE PITFALLS?
Those with non-PAYE income greater than €3,174 in 2014 need to include pay-related social insurance (PRSI) as well as income tax and universal social charge in their calculations. PRSI was levied on “unearned income” such as rent and deposit interest for the first time in 2014. Remember to declare all your income.

Clifford said: “You have to report all of your sources of income, not just the income you are paying tax on. For example, you might omit social welfare benefits from your income but only a handful of these are non-taxable.”

Self-employed taxpayers should make sure expense deductions are reasonable. “Excessive expenses as a percentage of your total income can trigger a Revenue audit,” said Clifford.

Landlords need to ensure that they are registered with the Private Residential Tenancies Board and that they claim a deduction for only 75% of mortgage interest — not 100%.

WHAT ARE THE PENALTIES?
If you file late or incorrectly, you risk getting hit with hefty surcharges and interest.

Interest is calculated at 0.0219% per day — the equivalent of an annual rate of 8%. Revenue can audit tax returns going back six years so keep records for this period.

KEEPING ACCOUNTS ON TRACK
Business-owner Ash Senyk relies on his accountant and good bookkeeping software to manage his tax returns.

Senyk, 38, owns Run Logic, a sports retailer and café in Temple Bar in Dublin, which he opened a year ago. There was a steep learning curve with the paperwork, including VAT returns every two months and an annual income tax return. He uses cloud accounting software platform Big Red Cloud to keep track of trading.

“It’s very straightforward,” he said. “You can tell exactly where you are in terms of sales and what you have to pay the taxman. For the annual return, I sit down with my accountant who goes through everything before filing online.”

“The new tax credit will help but it doesn’t go far enough,” Senyk said. “There should be more incentives to reward people for starting a business. I didn’t qualify for any grants and have been living on the bare minimum since I opened.”

Keeping your accounts up to date is vital. “Understanding and complying with Revenue is crucial,” he said. “You don’t want to fall foul of the taxman.”